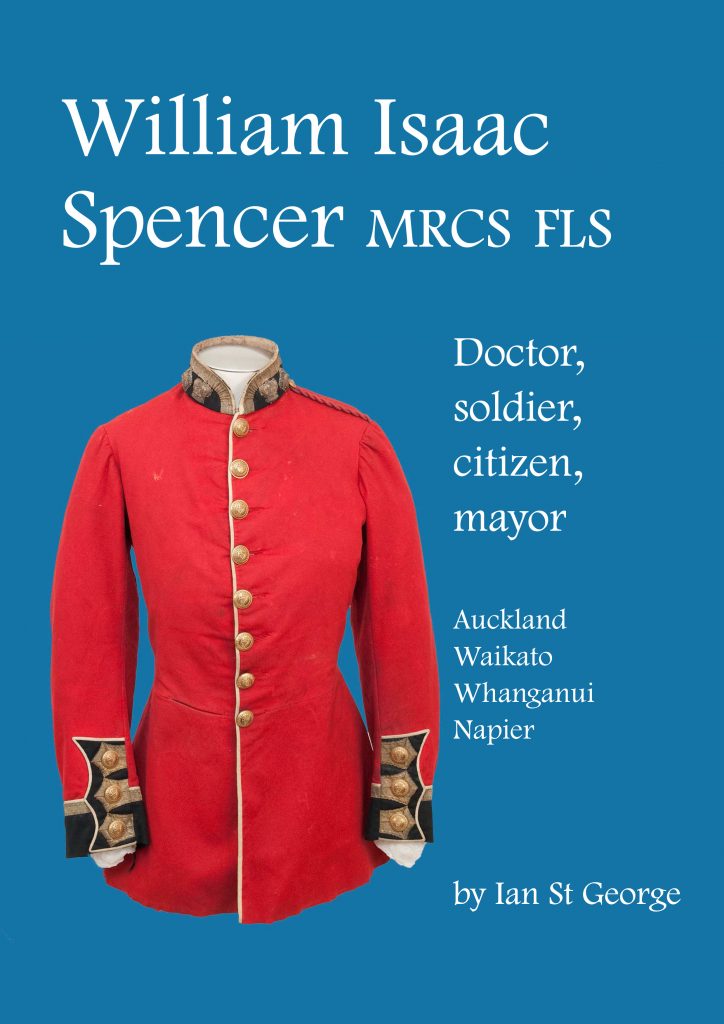 Spencer came to Auckland in 1863 as an Assistant Surgeon with the 2nd Battalion of the 18th Foot (Royal Irish Regiment), brought to New Zealand to bolster the defense of Auckland against an expected assault by Waikato Maori. He treated the sick and wounded as the troops fought their way south through Pokeno, Meremere, Rangiriri, Taupiri, Ngaruawahia, Rangiowahia to Orakau.

He took photographs as the troops advanced and these important images from his now fragile albumin prints of camps and battle scenes are reproduced here.

The 2nd Battalion was moved to Whanganui in 1865 for the Hauhau uprising. Spencer’s military medical diary for that year has survived and vividly depicts the horrors of war. In 1867 he and Anna Heatly, the daughter of the Battalion’s paymaster, were married in Whanganui and later that year they were transferred to the barracks at Napier.

His medical skills were so admired there that the people of Napier asked him to stay; he resigned his commission and began private medical practice.

Spencer became a prominent citizen in Napier society, occupying many leadership roles, eventually being elected its third mayor in 1882. He was also a scientist of note, President of the Hawke’s Bay Philosophical Institute, skilled in microscopy: he was elected a Fellow of the Linnean Society in 1887.

William Isaac Spencer died in 1897 and is buried in Old Napier Cemetery.