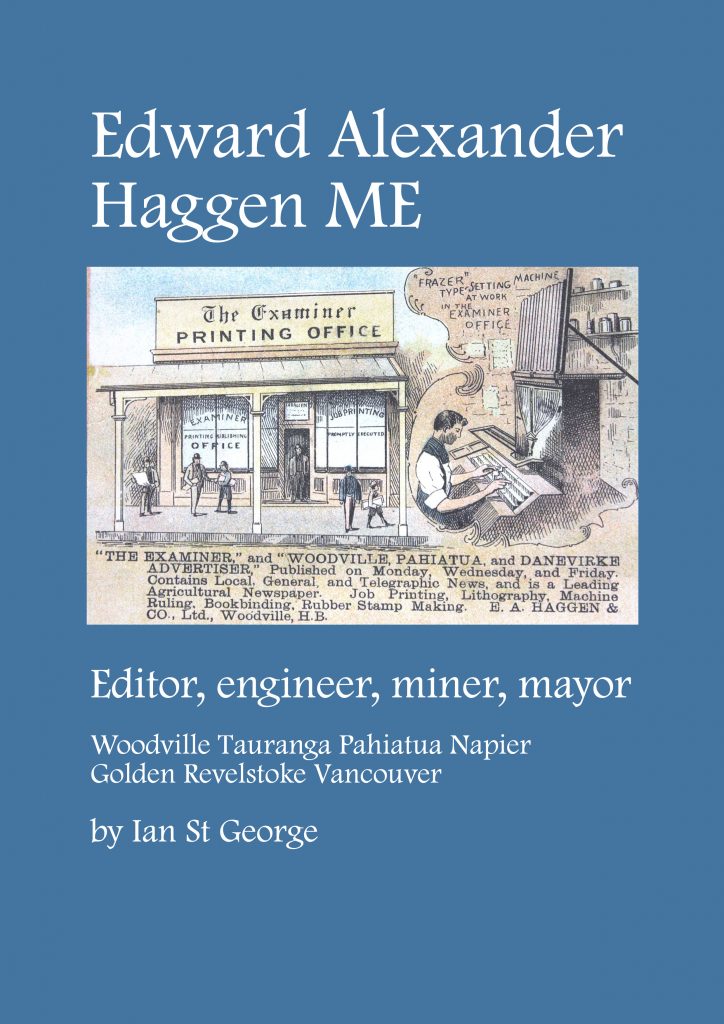 Haggen was a newspaperman.

After reporting for newspapers in Dunedin and Whanganui he owned and/or edited papers in Woodville, Tauranga, Napier, Pahiatua and Wellington—and later in British Columbia in Golden, Revelstoke and Vancouver.

Every small community had a newspaper in those heady days when newspapers were the only medium for disseminating knowledge and opinion to the large group, “the only check the people had on their rulers”. They bore a high risk of suit for libel, but the provincial newspaperman was an opinion leader.

Haggen was an articulate, intelligent and persuasive enthusiast, a leader, an organiser, whose contemporaries wrote that he had “unflagging energy”, was “energetic, assiduous, and full of zeal in everything he undertakes”; yet he seems to have polarised opinion wherever he went.

He was a liberal with his ideas of education, of worker participation in management, of land ownership reform and of women’s suffrage, yet he was a prohibitionist and a racist.

Was he a conman? perhaps: his curricula vitae mention work and experiences in New Zealand, Britain, Australia and the United States of which there is no trace. He claimed a Masters in Engineering though there was no such degree in New Zealand at the time. He looked like a conman to his conservative critics, and there were plenty of them.