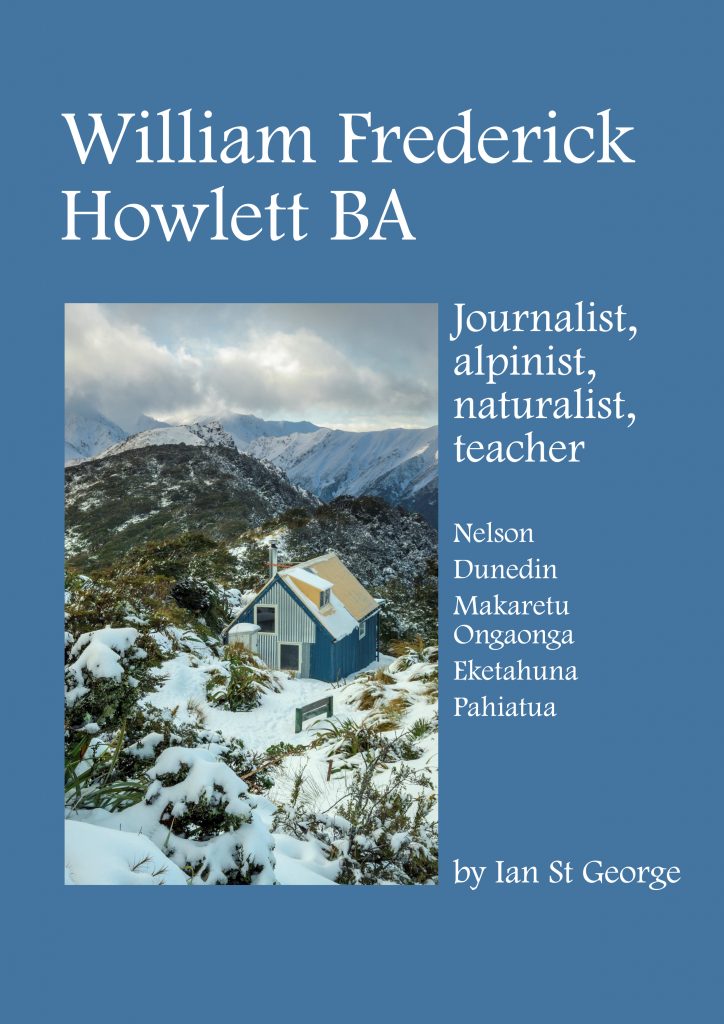 Howlett was a remittance man, a migrant living on funds sent by his family in England to ensure that he would not return home and embarrass them.

He arrived in New Zealand in 1875 to begin a peripatetic life as a schoolteacher, storekeeper, satirist, alpinist, politician, naturalist and thorn in the side of authority—an articulate, straight-talking, intelligent, cynical man generally regarded as a bit odd.

He described himself as “honest and clever but eccentric to a fault” and as an “unrestrainable dreamer of dreams” but the Pahiatua Star wrote, “There is not another man in the Forty-mile Bush that has done as much as he to bring this district into prominence, by his outspoken and intelligent letters to various papers on the land and other questions”.

He spent most of his life in The Bush district of central Hawke’s Bay and northern Wairarapa.

His essays on the mountains and on natural history subjects are at times lyrically expressive, almost Thoreauesque. As a satirist his writing is clever, but satire easily gives offense and he upset many. Perhaps his irony was too subtle for his audience. He would say of himself, “You have an immense fault which will close all doors against you: you cannot converse for two minutes with a fool without showing him that he is one”.

Take the strictly Victorian issues out of the writing, however—read between the lines—and you find a man concerned with issues similar to many we ponder today.

His story should be celebrated.