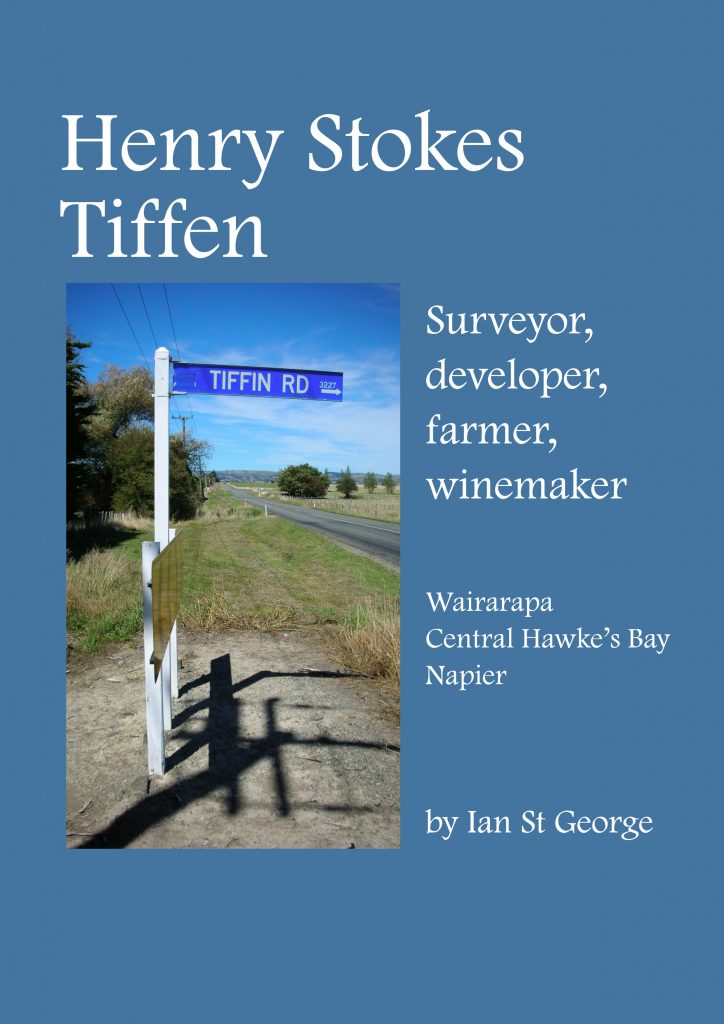 Born in Kent in 1816, Tiffen married 16-year-old Caroline and they set sail for New Zealand on the BROUGHAM, chartered by the New Zealand Company to take a group of surveyors and their assistants to Wellington, where he began work at once in the local office.

Caroline died bearing a stillborn son eight months later but Tiffen was back at work within a month, surveying in Thorndon, Horokiwi, Kaiwharawhara and up to Waikanae, then the lower Wairarapa.

Soon, in a sheep farming partnership with JH Northwood, Tiffen was renting 8,000 acres at Te Ahiaruhe, the northernmost run in the valley at that time. His brother Frederick John Tiffen arrived in 1845 and helped drive 800 merino ewes around the coast from Port Nicholson. They expanded their holdings north toward Hurunuiorangi and west toward the Tararua, an area known as the Tiffin block.

By 1850 they had 3,300 hungry sheep and decided to seek greener pastures in southern Hawke’s Bay: they drove the sheep up what is now the Admiral road to the Pahawa river, following it to its mouth and thence up the coast to Pourerere. Eventually, Tiffen would move north to a farm on the Tukituki near Patangata and later to Napier.

In 1857 he returned to surveying and for the rest of his life retained various local or national government positions. Tiffen would become a shrewd and wealthy businessman as well, however, planting orchards and vines and dealing in real estate. On a trip home to England, he married his wife’s sister but she too died prematurely.

His garden around his Napier house was famous–now the site of Tiffen Park. He was recognized as a naturalist and horticulturist; he would bring home exotic seeds and plants (sugar beet, tobacco, persimmons) on his overseas travels. He had 22 acres in grapevines on Green meadows in 1895.

He died in 1896, remembered as one of Napier’s greatest benefactors, his purse ever open to the needy, his disposition kindly and cheerful.