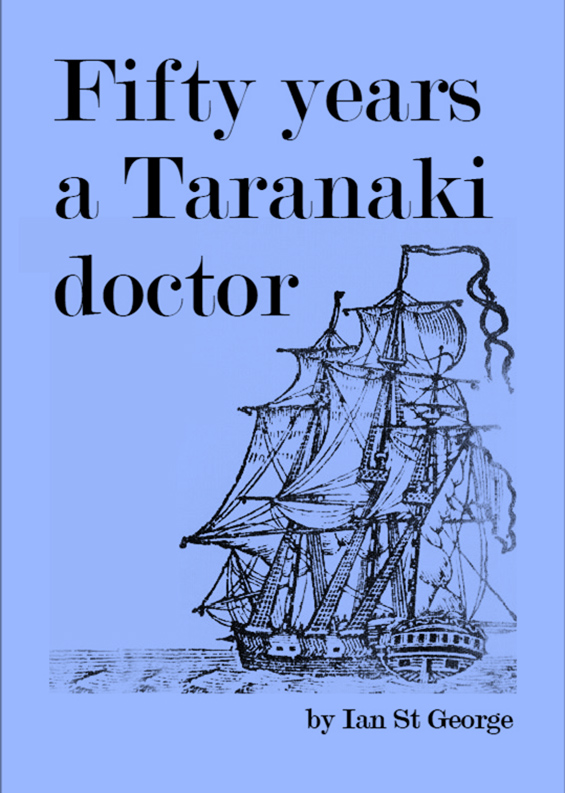 Henry Weekes was the first doctor in Taranaki: he arrived in 1841 and stayed only briefly. James Evans and George St George were the next two, arriving together on the Amelia Thompson in 1842, Evans leaving after four years. Other doctors came and went, but George Hanbury Farrady St George practised in Taranaki until he died—for 51 years.

He trained in London and Shropshire as an apprentice but did not take his medical diplomas because he was briefly in jail at a critical period. Nonetheless, he ran a pharmacy and was highly regarded as a surgeon and obstetrician.

Taranaki was a healthy spot and the settlers robust and resilient; doctors had to do more than just practise medicine to make a living. St George farmed, bred horses, worked for a carrying company and acted as an undertaker in the new settlement.

Before he left England he bought Waitara land from the New Plymouth Company, land the Company had never surveyed nor properly arranged with its Te Atiawa owners. The result was the start of the New Zealand Wars as the institutions—the New Zealand Company and the Government—rode roughshod over settler and Māori alike. As with many settlers, St George waited many years for inadequate compensation from the state. It was an injustice that would preoccupy him all his life.

He died in 1893 and the Taranaki Herald wrote,

He was the oldest medical practitioner in Taranaki, having arrived here with the pioneers in the ship Amelia Thompson. He has practised his profession ever since his arrival and was most highly esteemed by everyone.