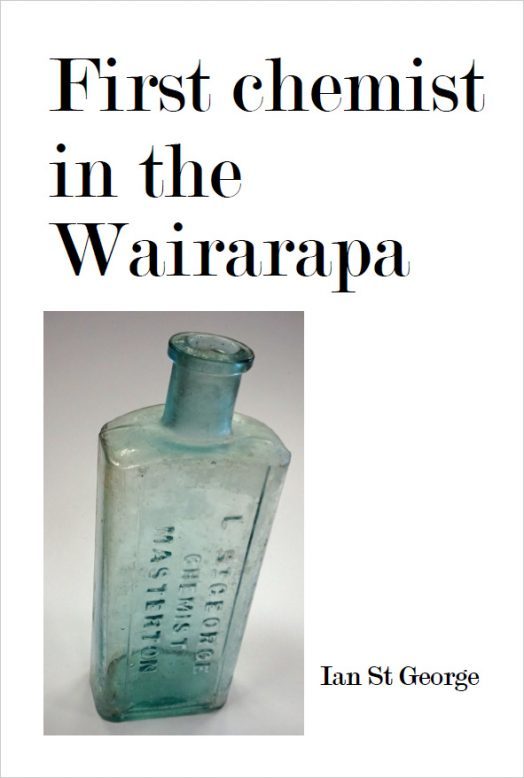 First chemist in the Wairarapa

Leonard Shaw St George (Leo) 1848–1920 was the eldest surviving son of George St George, for fifty years a doctor in early Taranaki. He worked as an apprentice with his father and served as a Volunteer during the early years of the New Zealand Wars, moved to Wellington and worked with Charles Decimus Barraud for a period before moving to Greytown to manage Barraud’s new “Chemist and Druggist” shop opposite the Greytown Hotel.

He married May Varnham and they spent the rest of their lives in the Wairarapa, purchasing Barraud’s business, moving to new premises where the White Swan hotel is now and eventually selling to Robert Gant in 1892.

For a time he farmed on 80 acres at Papawai, where he built a substantial home, but sold it to Tamahau Mahupuka ten years later, to resume pharmacy practice, at first in Greytown. In 1902 the St Georges moved to Masterton where he opened a pharmacy in Queen St and they lived in Renall St.

He died there in 1920. He and May are buried in the Archer St cemetery.

Leo St George was “a quiet, unobtrusive man, highly respected by all who knew him for his strict integrity”, a successful man in his provincial way, well-to-do, generous in his donations to charity; competitive and encouraging competitiveness in others by donating prizes for schoolwork, athletics, shooting, horticulture; a good citizen in his work on school committee, Horticultural Society, Borough Council (nine years) and various other bodies; director of local companies, devout in his Anglicanism; musical; neat in his calligraphy and talented with the pencil; and a small businessman who used that single medium of mass communication, the local newspaper, to good effect.