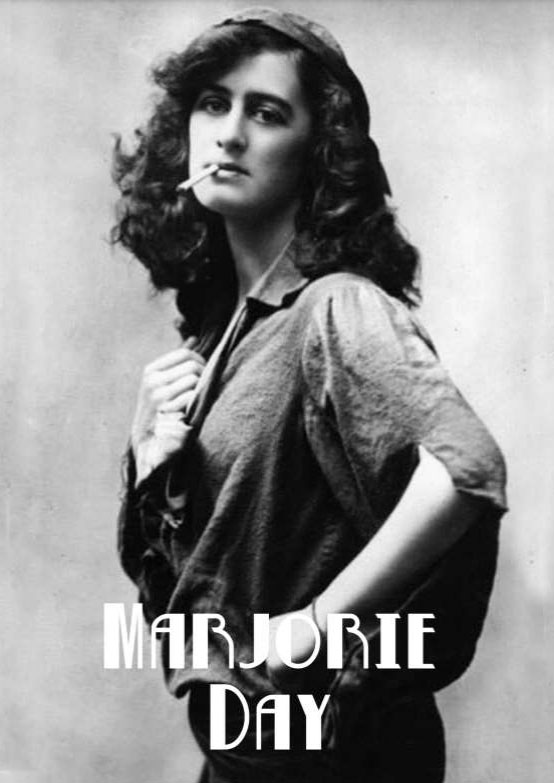 Her great grandfather was William Day senior, lithographer to Queen Victoria: his wife was Caroline Bellenie. Their second son John Bellenie Day married Isabel Rose Rees (born in Argentina, the daughter of William Rees RN); they were cousins of Dr WG Grace, the great cricketer. Their eldest, WJS (“Sydney”) Day was born in 1855.

William Day senior’s eldest son William Joseph Day took over the firm with John Bellenie Day as junior partner, but the partnership was dissolved in 1865.2 From 1869 to 1877 John B Day ran an “artistic and commercial” lithography business
from 3 Savoy St near the Strand— “John B Day & Son, chromolithographs and books”—so presumably his son WJS Day worked with him. Day & Son won a medal of merit at the 1873 Vienna World’s Fair3 but in 1878 John B Day was
declared bankrupt.

Nonetheless nine years later, in 1887 John Bellenie Day was secretary of the proposed New Zealand Antimony Co. In 1883 a small syndicate, headed by Houston Logan of Wellington, established the Endeavour Inlet Antimony Company but a fall in the price of antimony, low-grade ore and smelting problems forced the syndicate to seek English capital, and the NZ Antimony Company was registered in London in 1888. The company found no high-grade ore and was forced into voluntary liquidation in 1892. John Bellenie Day died in
1914).