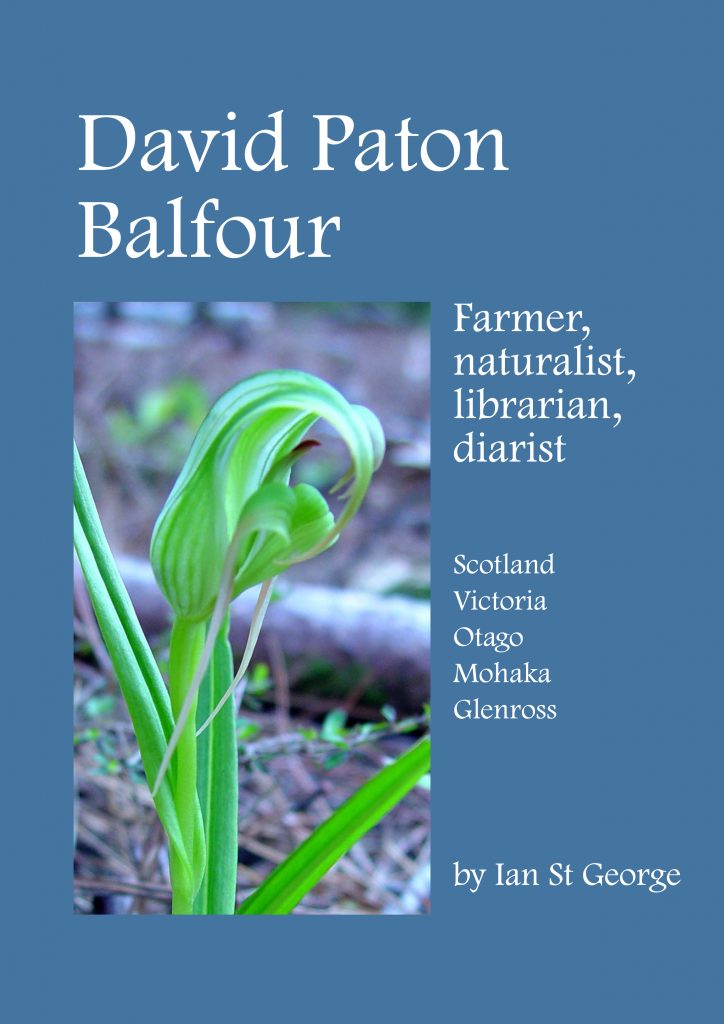 David Balfour was born in 1841 in Scotland to poor parents. He had no schooling and was sent out to work as a farmhand at age twelve. When he was 14 his father (his mother had died of cholera) took the four children to Australia. David again worked as a farmhand, near Melbourne.

At age 15 he and his father worked at the gold diggings and two years later he was working as a shepherd and taught himself to read and write.

In 1862 he left Victoria for Port Chalmers and the Otago goldfields, trying his hand at Gabriel’s Gully, later the Coromandel goldfield, but with little success. He returned to shepherding, now in North Otago—and at 23 years old attended a night school in Hampden and began to keep a diary. It is that extraordinary diary that forms much of this book, the account by an intelligent and keen observer of life and times in the early years of settlement.

Balfour left for Hawke’s Bay in 1866, eventually taking up the Kakariki station at Mohaka, leaving after the Te Kooti massacres and managing Gwavas, Mangawhare, and Glenross.

There he married Elizabeth Robert, a niece of his old friend Philip Dolbel. This unschooled, self-taught and highly intelligent man became an astute observer of the natural world, collecting specimens for William Colenso and others. He began to collect books and eventually, at his own expense, set up a library at Glenross, at first for the use of station hands but later a lending library for the whole district. He invented and patented a plow extender.

He died on his 53rd birthday, weakened by influenza, drowned in a ditch trying to rescue a ewe.