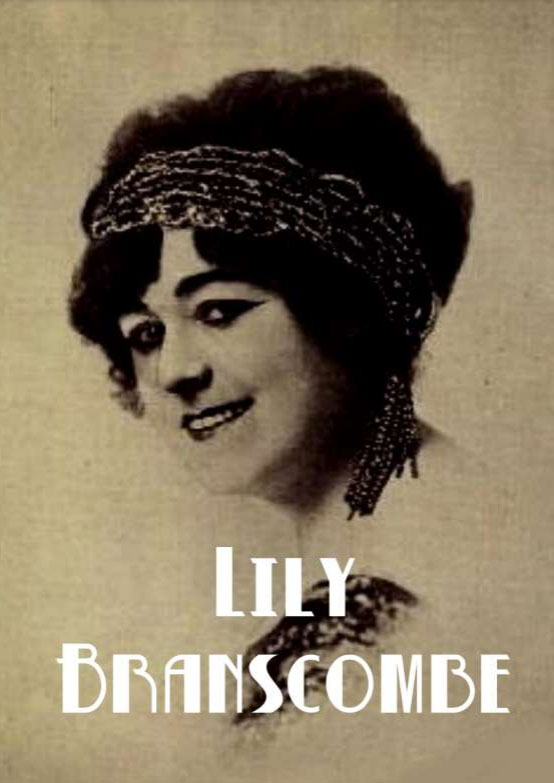 Lily Branscombe was born Lillian Mabel Rodman in Carterton on 28 February 1878 to Mary Jane (Fenwick) Rodman and William Hedley Rodman. Her parents were married in 1875 and she was their third child after Hedley born in Christchurch in 1875 and Arthur Sydney in 1876. Four more children would be born in Australia: Charles Henry in 1881, Ethel in 1886, William in 1888 and Gladys in 1893.

We know little of her mother Mary Jane Fenwick. She died in 1924 and is buried in the Randwick Church of England cemetery (Section A Grave 137).

Her father William Hedley Rodman was the second son of Sarah Jane (Newton) Rodman and William Rodman, a Minister of the Wesleyan Chapel in St Ives, Cornwall.1 He was born in 1857 at Swanage, Dorset. His father died in 1868 and in 1871 he was 15 and boarding at Kingswood, the College for Wesleyan Ministers’ sons in Lansdowne Rd, Charlcombe, Somerset.

He claimed to have come to New Zealand in 1873 as second mate of the fully rigged wooden ship Cospatrick, which had just been acquired as a cargo and emigrant ship by Shaw Savill & Co.; she sailed from London on 29 March, arrived at Lyttelton on 6 July and Port Chalmers on 14 July 1873, when Rodman would have been 17. The second mate on that voyage was a man named Charles Romaine, not William Rodman, who deserted at Port Chalmers on 24 August 1873.